What Companies Can Do to Prevent Candidates From Ghosting

Ghosting has become a hot topic in talent management. Traditionally when you discuss ghosting in the workplace, it looks like this:

Bob is on his third round of interviews and believes he is a perfect fit for the job. He has received positive affirmation from both the recruiter and hiring manager who told him he is an excellent candidate. Two weeks go by, a month goes by, two months go by and nothing. No call, no email, not even a status update on his application portal.

The act of one party ending communication unexpectantly without explanation. It’s a phenomenon that has been going on for years, even extending itself into the dating scene, so what’s new about ghosting today?

The tables have turned. Recruiters and hiring managers are seeing qualified candidates drop out of the hiring process. Candidates aren’t showing up for interviews or even the first day of work after they are hired. Companies are finding themselves dealing with more and more no-shows.

So why is this happening?

One explanation could be the economy has picked up. The market which used to favor employers, due to a tight job market and high unemployment, now favors employees. The unemployment rate has hit an 18-year historic low of 3.8 percent and job seekers now have more job options than they’ve had in years.

Whatever the reason, what can you do to prevent candidates from ghosting?

Common courtesy calls for you to follow up at every stage of the hiring process but too often many don’t. Politeness aside, communication allows you to gauge the interest of your candidates and spot potential “ghosts”.

Ask for feedback and keep an open line of communication so you can address or resolve any concerns early on in the hiring process. This can prevent you from feeling blindsided by a great candidate who abandons the hiring process. This doesn’t mean that you will never get ghosted, but it does allow you foresight on who may feel the job isn’t right for them.

The study demonstrates that a strong culture not only attracts better talent but keeps the talent you attract. If you asked everyone in your company to describe the culture would it be positive? Would they all more or less say the same thing?

Culture is what makes up your brand identity and allows candidates to see how they fit within your organization. To have a strong culture you don’t need to install slides, build dedicated nap rooms, or hire gourmet chefs (we can’t all be Google). Whatever adds to the story of your company and sets you apart from the competition is the foundation of a strong company culture.

In 2013, CareerBuilder conducted a survey of 4,000 people and found that 75% of job seekers never heard back from a position they applied for, and 60% never heard back after their interview.

Statistics like this lead some to believe that recruiters and hiring professionals are the cause of the rise of candidates ghosting. Countless job seekers received no contact after completing applications and interviews, particularly following the recession of 2008.

Conflict avoidance, lack of time, or a better candidate coming along are some common reasons companies ghost. Regardless of the reason, you set the standard for the type of behavior to be expected. If employers ghost it makes it easy for candidates to do the same.

No one likes to be ghosted, whether you’re hiring or looking to be hired and it’s up to HR professionals to take the lead in reversing this trend.

Inspect your hiring process, find out if your organization is guilty of ghosting, and begin to take the steps to change that so you can be a Ghost-buster, not a ghost. 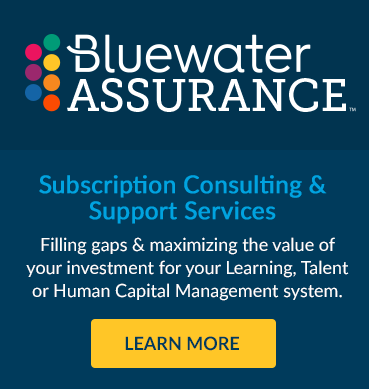